A career in Software Development: Alexandra from Inviqa 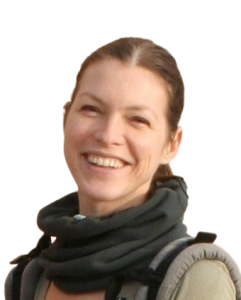 We had a chat with Alexandra Julius. She is a Senior Software Engineer at Inviqa. She is one of the few women in the development team at Inviqa. Alex told us why she decided to pursue a career in development. And why, in her opinion, there are still too few women in this career field. She has a clear message for young girls!

Thank you! I spent two days nervously reading many pages of documentation! The nice thing is, I have been working with Spryker for almost three years and I am confident in programming with the system. But this is a test that covers all Spryker areas and I don't work on all these areas every day. That's why you have to prepare well.

Any other certifications on the horizon?

I can take certificates for any system of my choice at Inviqa. I would be interested in Sylius, for example. But such an exam always involves a lot of work. I am free to spend this effort on any subjects of my choice. For example, I like to do Katas in Python or think of an interesting Tech Talk to give in our Engineering Community of Practice.

That's one of the coolest things about Inviqa! It's where we developers get together and show what we've learnt on projects, for example. Or we present topics that interest us in general. I like the live coding sessions the most. We also have a wiki page where we collect our knowledge.

Which qualities do you need in development?

Curiosity, patience, and playfulness are important qualities, I think. Actually, I'm not a very patient person, but I persist with the one thing I’ve started with. It's not uncommon in software development that you spend some time trying to solve a problem. You have to accept that potential solutions sometimes lead to a dead end. But everything is easier in a team. Two pairs of eyes see more than one. If something doesn't work, it helps to take a step back and go outside for a walk around the block. And in the end, everything still falls into place. Curiosity and the urge to play are an advantage because you always try out new things and learn.

Curiosity, patience, and playfulness are important qualities in software development.

How did you get into software development?

Originally, I studied American and English studies and comparative literature. At some point, I was bothered by the imprecision with which the subjects were treated. There was never a right answer, always just areas where right answers could lie.

The only branch of the humanities where there is a definitive answer is linguistics. I also had the feeling that it would be more difficult for me to find a job with poetry analysis than with a science background. That's why I wanted to change to a natural science subject. Computer science was the obvious choice: here, the findings of linguistics are applied practically. You come into contact with syntax and semantics when you learn a programming language, and with grammar when you build a compiler. And then I learnt that there are many other exciting topics in computer science – and I kept with it. It was obvious for me to go into software development.

What excites you most about your job?

The topics I work on are interesting and fulfilling. I feel good when I have built a feature that comes with clean code, automated tests, and ADR (Architecture Decision Record and Documentation). In many cases, I learn new things. So I get paid by my employer to use my brain and get smarter. That is a great luxury. Also, the people I work with are very smart, very helpful, and very nice.

What did you learn in your latest projects?

Talking about problems openly contributes significantly to the improvement of a project and helps everyone in the team. Pretending that everything is perfect when there are problems doesn't help anyone. You need courage to address problems openly. You have to be sure of your abilities.

Why are there still so few women developers?

The shaping and development of a person begins in childhood and is strongly influenced by the family. I have the impression that parents in some cultures place more emphasis on their sons not having problems with maths at school than on their daughters. Why that is, I don't know. It may have something to do with traditional role models. But it follows that girls are less likely to dare to take up technical professions.

The shaping and development of a person begins in childhood and is strongly influenced by the family. I have the impression that parents in some cultures place more emphasis on their sons not having problems with maths at school than on their daughters.

It was important to my father that I wasn't afraid of maths. That was a real motivation. When I was in 4th grade, he noticed that I might develop a fear. So he sat me down and taught me linear algebra. He took a piece of paper and wrote on it: x=1. And I cried because that didn't make sense to me. A letter cannot be a number. But my father didn't give up until I understood that x could be 1 after all. He thus laid the foundation for formal thinking in me. We practised systems of equations for about half a year. After that, I had no more problems with maths. That's why the hurdle to studying computer science was lower for me.

What's your message for young girls unsure about science?

Logical thinking and an understanding of maths develop in an area of the brain that everyone can train. Being good at maths or programming is less about talent and more about practice. Try it out and keep at it, it's worth it.

Which Inviqa value do you identify with most?

"Together" is a very important value for me. I mentioned earlier that we developers in particular solve a lot of things together as a team. It is often easier to advance a thought together than to fight alone. "Purpose" strongly relates to our everyday work, because meetings, ticket descriptions or communication in Slack should be purposeful and serve a common goal. A meeting without an agenda doesn't help anyone. Inviqa has a very strong learning culture, so I would like to mention "Learning" as well. In no other company have I experienced so much support and encouragement when I wanted to learn something new. Because the more you know, the more you find out what you don't know.

More on People & Careers at Inviqa... 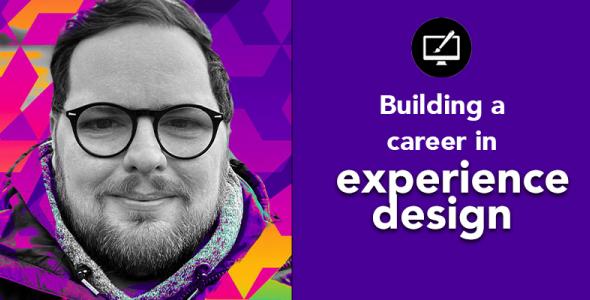 Building a career in experience design 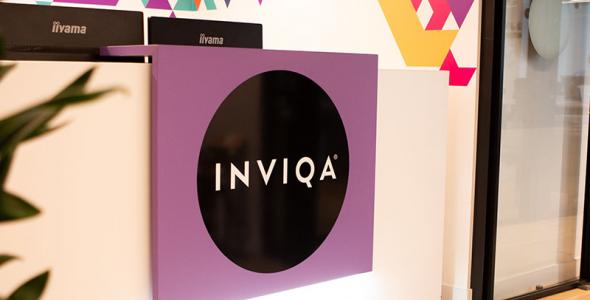 On the eve of Inviqa's 14th birthday, read the tale of how we came to be the digital experience agency we are now!